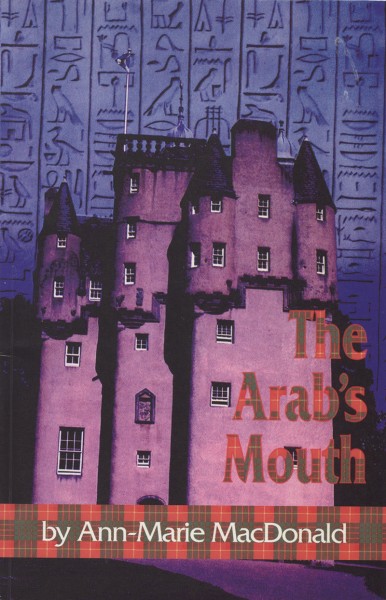 Freudian psychoanalysis, Roman Catholicism, the debate between science and superstition, feminism, androgyny, homosexuality, genetics, heredity, the after life, Egyptian mythology… and the potentially fateful consequences of staring directly into the middle of a French cruller… Perplexing? To say the least. Entertaining? Without a doubt!” – Toronto Star

The Arab’s Mouth is the “progenitor” of Belle Moral, which is only fitting, considering that the theme of evolution runs through both plays. Premiered by Factory Theatre, it is packed with all the plot, characters, and metaphors that find a sharper and more distilled expression in the later play, and then some. Egyptian hieroglyphs, discovered on the rocky coast near Edinburgh, hold the key to the dreadful secret that still haunts the MacIsaac family. And to the identity of the shadowy nun whose vow of silence speaks louder than words.