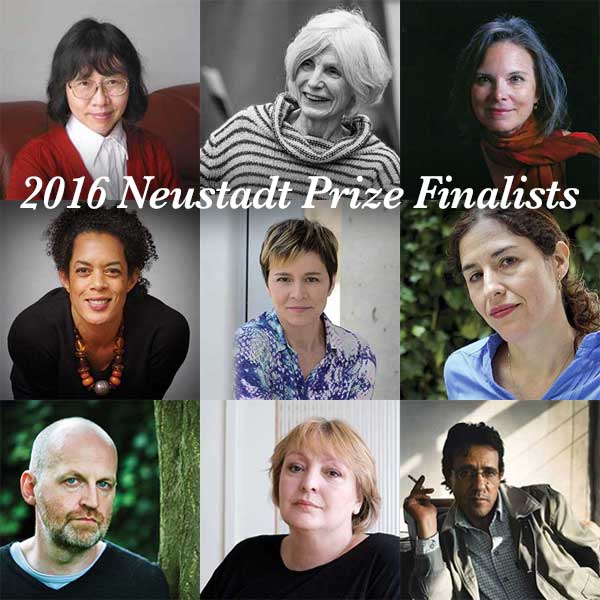 Ann-Marie has been chosen as one of nine finalists for the 2016 Neustadt International Prize for Literature. The Prize is the most prestigious international literary award given in the United States and is celebrated for its exclusive focus on literary merit.

The Neustadt International Prize for Literature is a $50,000 biennial prize funded by a generous endowment from the Neustadt family of Ardmore, Oklahoma, and Dallas. The Neustadt Prize is the first international literary award of its scope to originate in the United States and is one of the very few international prizes for which poets, novelists and playwrights are equally eligible. The charter of the award stipulates that the Neustadt Prize be conferred solely on the basis of literary merit, and each laureate is chosen by a jury of writers that World Literature Today convenes on the University of Oklahoma campus.